Discover how a former heroin junkie, used activated charcoal to alleviate his withdrawal symptoms without the need of Methadone

How to Quit Heroin the Easy Way
Without Methadone.

OK, it’s not that easy, but I quit without going through those gnarly withdrawals. So you’re going to say I wasn’t really addicted, right? I was an everyday user for over a year. I was using up to ¾ gram of heroin a day (which is a lot). This was the culmination of a three-year downward spiral from weekend-warrior user to daily user.

Once I was in the everyday cycle, I would not go to work unless I could get high in the morning. I would call in sick if I couldn’t get high. I had a job with great benefits and had tons of sick days stored up. Although the sick days were part of my benefit package, my supervisors started to look at me a little odd as I was calling in sick at least once every two weeks. My normal routine when I could afford dope went as follows: I would wake at dawn and shoot up so I could make it to work. Then I would get high again at lunch, and then I’d be partying with my junkie roommates until we passed out every night that we could afford to get high. I was as addicted as any junkie.

The way I quit was simple….not easy

The way I quit was simple, though not easy by any means. So here is what I did. After moving away from my roommates to another city to stay with my parents, cutting myself off from all junkie friends, I started taking large doses of activated charcoal every day. This was because I had heard somewhere, whether true or false, that the reason addicts suffer from withdrawals is because heroin is in their bloodstream. I knew that activated charcoal cleanses the blood because my mom is heavily into natural remedies. And many times before quitting, when I didn’t have enough money to get high, I would go to a health food store and write a bad check for activated charcoal. I had taken as many as 50 capsules in one dosage to keep the Jones away. It always worked, but also left me extremely fatigued.

So when I decided to make this life-altering decision to quit, of course I utilized activated charcoal to keep from having withdrawals. I’m sure few people will believe me, but I did not have any withdrawals. I still felt miserable for a month, so it wasn’t a walk in the park.

Methadone is an Enabler to an Addict

This was almost 20 years ago and there still doesn’t appear to be much info about using this method to quit out there. A friend of mine who is heavy into Alcoholics Anonymous and Narcotics Anonymous says the gatekeepers of recovery want you to feel the pain. I definitely felt a lot of pain while quitting, I just didn’t get dope-sick. Those gatekeepers should know that you can die from quitting cold-turkey and furthermore, that methadone sucks. The only thing good about methadone is that you feel normal, however, you still look like an addict and you in fact are still an addict if you are on the methadone program.

The three-week methadone recovery route is a joke, I tried that at least three times in one year and usually it saved me a little money because I could make it through the workday without spending money on H, then I could party at night. And don’t even get me started on the methadone-maintenance program. I visited a friend from my junkie days seven years after I had quit, and he was going down to the methadone clinic every morning for his dose and probably still is these days.

How much Activated Charcoal Did You Take?

“To the best of my recollection, I was taking 1250 mg or more of charcoal per day for about five days which took me past the withdrawal stage. During those days, if I started to have withdrawals, I would take a handful of what I believe were 250 mg capsules. I can’t remember how many times a day I did that though. I would just take the charcoal if I started to have withdrawals. Previously, while I was still using heroin, and on the occasion that I couldn’t buy heroin, I had taken at least ten of those 250 mg capsules.”

We do not believe charcoal [activated charcoal] CURES any disease comman to man or animals. Charcoal is a natural remedy that does neutralize, adsorb, and/or remove thousands of different biological or man-made poisons from the body. allowing the body to better heal itself the way the Creator designed it to. Charcoal House LLC. 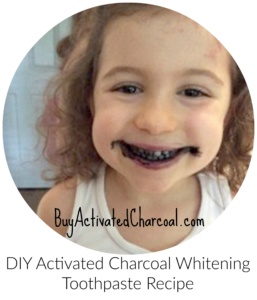